Who has not thought of immortality one day? 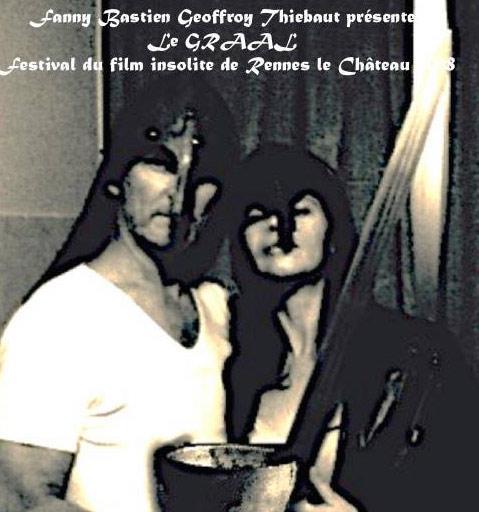 Who has not thought of immortality one day ? What culture has not imagined for man the possibility of escaping death ? Eternal youth is an ambition born several millennia ago. This belief has passed through the ages and tormented many minds ; the fountain of youth, Idunn the goddess Asyne of eternal youth, nectar and ambrosia in Greek mythology, the Holy Grail…

This Universal Word, Magical over time has taken on various meanings.

The latter has bewitched treasure hunters for more than 1,000 years and Heinrich Himmler, the highest leader of the SS Nazi, obsessed with the chalice, has put everything in place to find it.

The appearance and nature of the Grail remain mysterious. lOriginaly, the word “Grail” is a common name from the Greek “krater” which gave “cratalis” in Latin then “grazala” in Occitan. In fact, this feminine word always designates a container. In principle, the Grail is therefore a hollow vase. The word Graal comes from the Hebrew Goral which means destiny or chance. In the oldest Celtic traditions, it seems to be a cauldron assimilated to the “Cauldron of Dagda”, a cornucopia that feeds those who ‘approach. This is the “Bran Cauldron” that resurrects the dead warriors.

This Grail represents two things also that are closely related and supportive of one another. That is both – a vase, Occitan “Fatale” vase sacred symbol of Faith. But also – a book, Occitan “Gradual” or “Gradual” text symbol of tradition and lost knowledge.

For Chrétien of Troyes, the Grail is a brightly lit gold vase and a healing ciborium garnished with magnificent gems. For Robert de Boron, it is the bowl in which Joseph of Arimathea would have collected the blood of Christ.

This symbolic object, with its variable nature and changeable aspect, obviously carries a mystical meaning. And in all these stories, the Grail never appears alone. It is accompanied by other objects whose meaning must be understood. It is also said that only a knight can reach the Grail is Galaad “the discoverer of the unknown infinite

The Grail and Rennes-le-Château …

The treasure of Rennes le Château will carry the voice of the Templars of Laval God and the Cathars of Montségur far in the whisper of the audacious mystery of the Abbey of Lagrasse and the velvets of the prophecy of Enoch on the resurrection ».

For the director Georges Combes there is something strange about wanting to find in reality the traces of the Grail … I too felt into the Graalic cauldron from this simple name the “Mont Sauvage”.

The Grail is one of the most important symbols of the initiatory quest. It brings new knowledge about the world religions life and death. scientists often use the word “Grail “to express the purpose of their research.

The Grail, a literary invention recovered by the church … Eric Giacometti and Jacques Ravenne, writers of L’Empire du Graal, believe that “Chrétien de Troyes was the first best-selling author in the history of France, although he made it clear that he was inspired by a mysterious book from which he drew the substance “.

Strange mystery of this myth gradually emerging in “Breton” narratives that recounting the quest, then passes over time from literary fantasy to initiatory esotericism, and finally from spiritualistic intuition to sacred revelation.

The theme of the Grail has inspired many directors (Alexandre Astier, John Boorman, Bresson, Terry Gilliam, Xavier Molia, Eric Rohmer, Steven Spielberg, Syberberg …) whose “creations” will be examined by Stéphane Grobost in the light of the narrative plot of the “alchemical course of the hero” : we will thus release what the film world perceives from the search for the Grail and its implications to better “orient” the spectator beyond a disillusioned observation of a programmed failure ….

The festival of unusual film Rennes-le-Château, for its fourth edition, could only be interested in this subject “blood for blood” unusual!

Given the programming deadlines, as some agreements have not yet been finalized, the following program is subject to possible modifications.