Organized from August 9 to 13, 2020, the 6th Festival du film insolite de Rennes-le-Château will have as its theme: Water, Humans and their environment.
With the municipalities of Quillan, Couiza, Montzels

Elusive in its structure, in constant dynamism, taking the form of all the containers without keeping any, capable of piercing the rock without however opposing anything, good for all beings, origin of Heaven and Earth , mother of all things, water is the alpha and omega of life.

Man has never stopped wondering about the nature of water!
Water is not an ordinary liquid, it is above all femininity, connected to the heart and the moon.

Its symbolic dimension is universally shared. Its place is central in most religions, especially during initiation rites, where it marks the transition from a lower state to a higher state. It is the water of the enema, the water of baptism in Christianity, but also the water of ablutions in Islam, the water of the toilet in Judaism, or even the “regenerative” water of religions Oriental, Hindu, indigenous whose ingestion makes it possible to come into contact with the Divine.
As the Mongolians say: “The water of the river irrigates the heart of man”.
It’s femininity, the moon, the heart.

This essential element, which evokes purity through its transparency, gives or restores life and, in this, is inseparable from death. “Human beings are fragments of land, mountains and rivers: they drink from springs sprung from the ground as one drinks a mother’s milk; and earth he becomes again at the hour of his death. “Says Mend Ooyo Gombojav
“Over the past century, global water use has grown at twice the rate of population growth. Water scarcity already affects all continents and more than 40 percent of the world’s population. By 2025, 1.8 billion people will live in countries or regions experiencing absolute water shortages, and two-thirds of the world’s population could be exposed to conditions of water stress. “Stressed Jacques Diouf, Director General of FAO, on March 22, 2007.

Around this central theme, festival-goers will be able to discover unusual French and international films, that is to say surprising, stimulating, poetic, surreal, spiritual …. workshops …. exhibitions of painter, pictures and round table. Documentary and short film competitions, unusual short film script competition In short, films that re-enchant our daily lives, offer a true point of view of the author and stimulate the imagination and creativity… 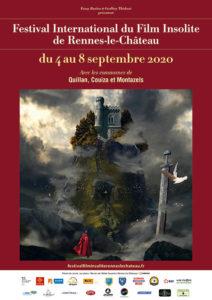